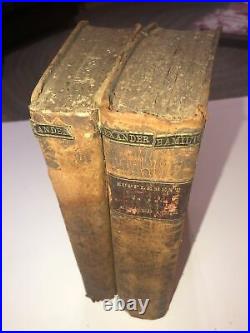 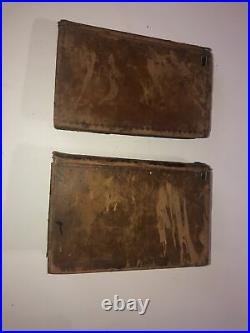 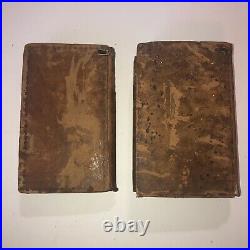 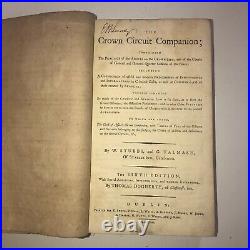 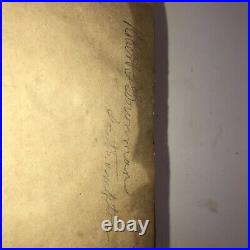 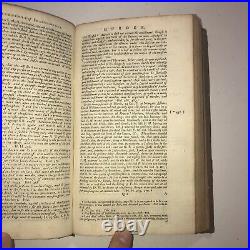 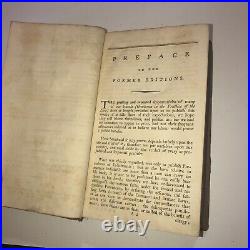 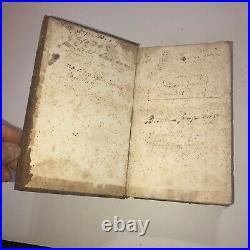 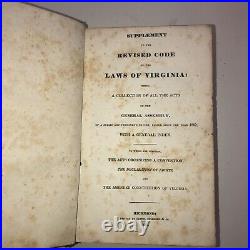 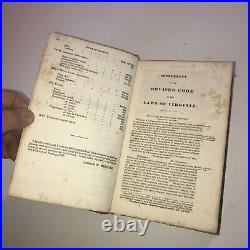 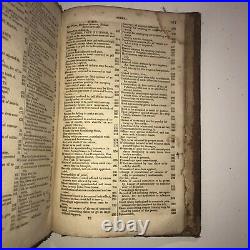 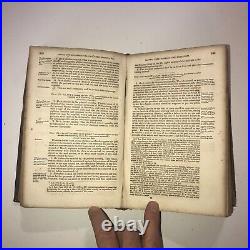 PLEASE VIEW ALL PICTURES AS LIGHTING ON PRODUCT MAY VARY. MOST OFTEN THE DARKER THE PHOTO IS MOST DESCRIPTIVE OF THE ITEM COLOR. > IF NO PICTURES YET, THE LISTING IS IN PROGRESS... I SECURED THOUSANDS OF COLLECTIBLE BOOKS, MANY FORMERLY OWNED BY DC SOCIALITES: INCLUDING MEMBERS OF THE HOWARD UNIVERSITY COMMUNITY, LOCAL GOVERNMENT PERSONNEL, RELIGIOUS DIGNITARIES AND AFRICAN - AMERICAN / BLACK AMERICANA HISTORY. ITEM : VINTAGE LAW BOOKS 1791 1833 Southampton Virginia Alexander Hamilton Nat Turner. Both books have an antique strip titled Alexander Hamilton on the top of the spine. There is loss of the strip on each book but it is legible when paired together. 1791 the crown circuit companion containing the practice of the Assisis on the crown side and of the courts of general in general quarter sessions of the peace by W Stubbs and G Talmash of staples inn, gentlemen. The sixth edition with several additions and improvements in modern references by Thomas Dogherty of Cliffords Inn. This book has an ownership signature inside of Robert L Downman of Southampton Virginia.

There is a document online where he states that his uncle fought in the revolutionary war. On the title page there is a signature of EH Lundy.

The book is in overall good condition meaning the binding is still pretty well intact, towards the end of the book some of the pages show a little bit of loss most likely nibbled away from a mouse or insect. Pages and boards do show foxing. 1833 supplement to the revised code of the laws of Virginia being a collection of all the acts of the general assembly of a public and permanent nature passed since the year 1819 with a general index to which are pre-fixed the Acts organizing a convention the declaration of rights and the amended constitution of Virginia. Published in Richmond Virginia printed by Samuel Shep herd in 1833.

Several notations are inside the front cover and only a few times inside the text , the pages which number almost to 6 00 , do show quite a bit of foxing and a mouse or insect has nibbled several of the pages towards the end in the corner. The binding is quite sound in the text is very easily rentable. One of the pictures shows the index on the topic of slavery, this book is historically important because of the many amendments and reqritten laws written after the rebellion of Nat Turner, a slave who led an insurrection in Southampton Virginia , where these books were owned. The new Acts include a detailed Code restricting the rights of slaves and Free Negroes, passed after the Nat Turner insurrection. The laws prohibit their religious instruction, except upon permission of their ministers, and then only by white preachers; bar their owning or keeping weapons or ammunition, or distributing liquor; prescribe the punishment of death "without benefit of clergy" for assaulting a white person with intent to kill; bar assemblies "by free negroes or mulattoes, " as well as slaves.

In addition, the 1830 Constitution as well as its enabling legislation is printed, along with Acts on a variety of subjects. USED CONDITION, MAY HAVE SOME IMPERFECTIONS OF SLIGHT WEAR.

PLEASE SEE ALL PHOTOS AND DESCRIPTION FOR THE DETAILED CHARACTERISTICS OF THIS TREMENDOUS COLLECTIBLE ITEM... HUNDREDS OF BOOKS, FANTASTIC FASHIONS AND COLLECTIBLES. THANK YOU TO ALL OF OUR GREAT CUSTOMERS. The item "VINTAGE LAW BOOKS 1791 1833 Southampton Virginia Alexander Hamilton Nat Turner" is in sale since Thursday, February 4, 2021. This item is in the category "Books\Antiquarian & Collectible". The seller is "5starthrift" and is located in Clayton, North Carolina. This item can be shipped to United States.