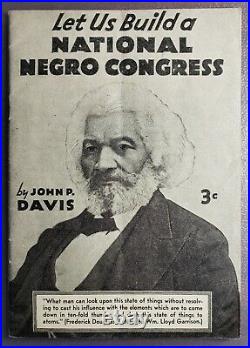 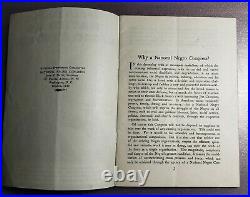 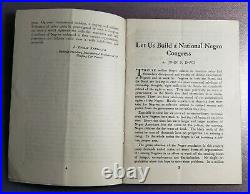 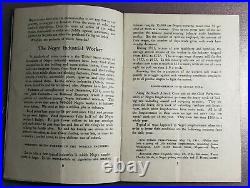 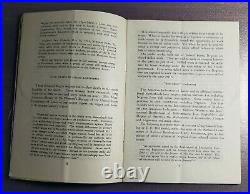 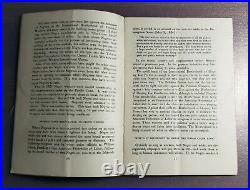 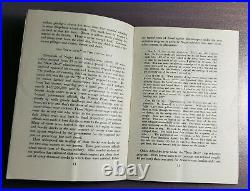 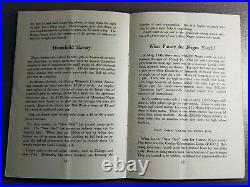 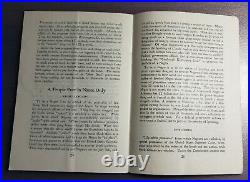 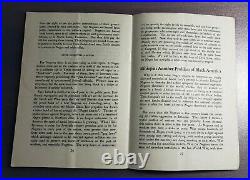 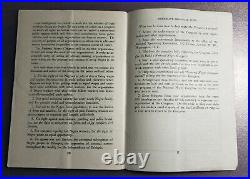 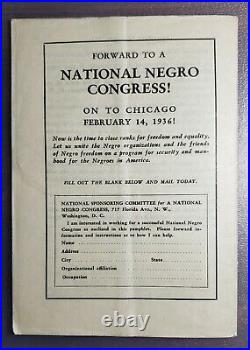 An extremely rare complete 31 page paper brochure for the 1936 National Ngro Congress published by John Preston Davis measuring approximately 7 1/4 x 5 inches. Good condition with folds and staple marks on two pages as pictured. The National Ngro Congress (NNC) formed in 1935 at Howard University as a broadly based organization with the goal of fighting for Black liberation and was the successor to the League of Struggle for Ngro Rights.

NNC was the culmination of the Communist Party's Depression-era effort to unite black and white workers and intellectuals in the fight for racial justice, and marked the apex of Party prestige in African American communities. NNC was opposed to war, fascism, and discrimination, especially racial discrimination. The National Ngro Congress consisted mainly of Blacks, but not exclusively.

In the course of discussions at the Joint Committee on National Recovery's (JCNR) conference in May 1935 on the economic status of African Americans under the New Deal, John P. Davis and Communist Party leader James Ford expressed the need to consolidate the strength of disparate organizations dedicated to fighting racial discrimination. The JCNR conference concluded by forming a committee of sixty prominent activists charged with organizing a National Ngro Congress the following year. In February 1936, the first national meeting of the Congress was held in Chicago.

It was a confluence of civic, civil rights, labor, and religious groups from across the nation; over 800 delegates representing 551 organizations and over 3 million constituents attended. Philip Randolph was elected President and John P.

Davis was elected National Secretary. In keeping with their Popular Front orientation, the Communists in attendance did not attempt to hide their affiliation but consciously deferred to non-Communist delegates. Despite lingering suspicion of Communist involvement, NNC delegates were able to agree on a broad program emphasizing the rights of African Americans to fair employment and housing, union membership and educational opportunities, an end to police brutality and lynching, bringing black laborers together in unions such as the Congress of Industrial Organizations and international and interracial solidarity against fascism.

Over the next few years, local NNC chapters in Harlem, Chicago, and elsewhere became locus points for broad-based community activism against racial discrimination. The Nazi-Soviet Pact of 1939 signaled the beginning of the end for the NNC. The Communist Party's shift away from the Popular Front in the wake of the Pact alienated non-Communist NNC affiliates and their constituents around the country. Philip Randolph resigned in protest after the 1940 convention and was succeeded as president by John P.

The Cold War further undermined support for the Communist Party in black communities and crippled the NNC as a movement vehicle. John Preston Davis (January 19, 1905 - September 11, 1973) was an American lawyer and activist intellectual became prominent for his work with the Joint Committee on National Recovery and the founding of the National Ngro Congres in 1935.

He went on to found Our World magazine in 1946, a full-size, nationally-distributed magazine edited for African American readers. He also published the American Ngro Reference Book covering virtually every aspect of African-American life, present and past. The item "VINTAGE 1936 NATIONAL BLACK CONGRESS CHICAGO FREDERICK DOUGLASS JOHN P. DAVIS" is in sale since Sunday, March 14, 2021. This item is in the category "Collectibles\Historical Memorabilia\Political\US\Other US Politics Collectibles".