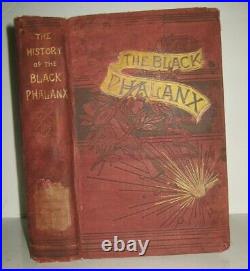 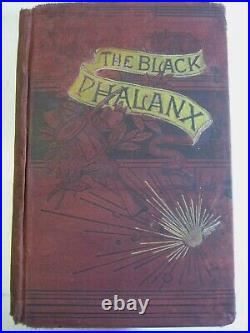 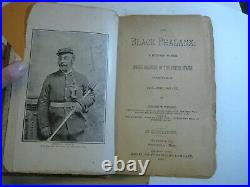 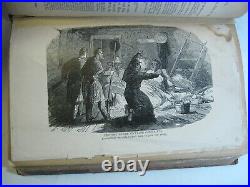 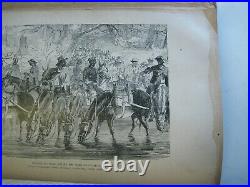 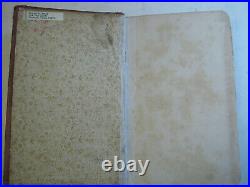 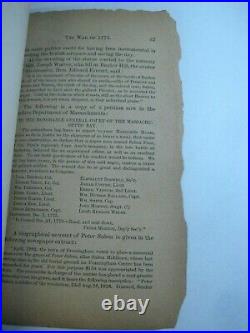 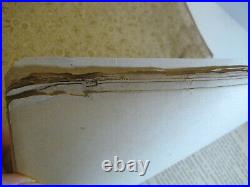 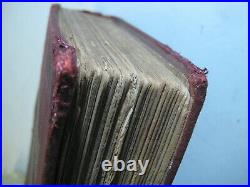 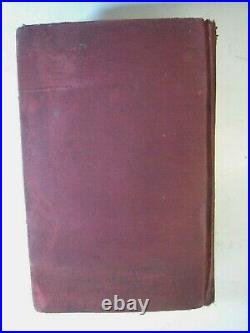 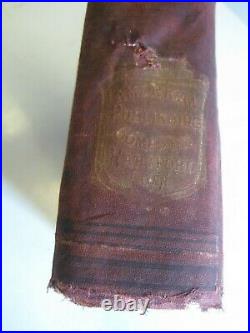 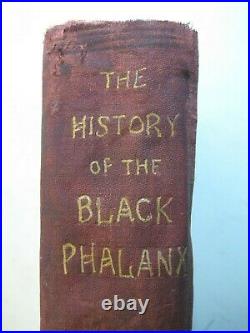 I always have a good Civil War selection.... To see my son's old books. When I re-posted this, there were 38,498,997. If you don't take down all 38,498,997 listings. You are discriminating towards me! THIS SALE IS FOR HISTORICAL PRESERVATION ONLY. I DO NOT AGREE WITH TERMS THAT MAY BE USED IN THIS BOOK. The Black Phalanx : a history of the Negro Soldiers of the United States. Stamped pictorial hardcover with gilt lettering.

9" by 6" w/ 528 pages. Joseph Thomas Wilson was born free in Norfolk in January 1837. Few details of his early life survive, but existing documents suggest that his mother was a free woman of English and Native American descent and his father was enslaved.

When he was about nine years old Wilson revealed to city authorities the identity of a white fugitive from the state penitentiary, which led to the convict's recapture but left Wilson vulnerable to reprisals. He was sent to New Bedford, Ma. Where he attended public school until 1855 and then went to sea aboard a whaler bound for the South Pacific. Wilson was working on a railroad construction crew in Chile when he received word in 1862 that the Civil War had broken out. Wilson enlisted in September as a private in the 2nd Louisiana Native Guard, a new regiment composed of African Americans and later reorganized as the 74th United States Colored Troops.

Wilson was severely wounded in the back and abdomen in February 1864 at the Battle of Olustee, in Florida. He was honorably discharged in May and sent back to Massachusetts. At the end of the war he was tending a government supply store that provided goods to freed people. On March 19, 1868, he married Elizabeth Hattie Smith. They had one son, one daughter, and a third child, all of whom died in childhood.

I Wars for Independence: Revolutionary war, War of 1812. II War between the States [Civil War]: chapters include - public opinion, recruiting in SC, officers of the Phalanx, dept. Of the Gulf, army of the frontier, dept. Of the south, army od Cumberland, Phalanx in Tenn. The Black flag, in Virginia, roll of Honor, the Confederate states.

III Miscellany: the Phalanx school, benevolence & frugality, bibliography. Photos carefully as they are part of the description. All of my books are VERY OLD and have 100+ years of wear to varying degrees.

Boards - very secure, some discoloration front top left area and the whole back board. Plus a very this wrinkle to the back board [upper left area]. 1 page taped back in [picture #4]. Spine - ends worn / spine gilt lettering newer / spine splotchy / small hole with a patch from behind - picture #11.

Inner hinges - both taped. Pages - generally very clean but apx. Half of the pages have brittle edges /. Writing - pencil name [Peter Thomason] and date on ffep / name sticker and a bit of red pen on the front paste down.

Rips /folds - several pages have chipped edges especially near the beginning. [no loss to text] , I'd say apx 1/4 to 1/3 of the pages / 1 dog ear fold. Missing the front flowered end paper; its a solid book, just not the prettiest thing! A RARE ONE FOR YOUR LIBRARY! Please Add me to your Favorites list. AND check back now and then to see what's new! Otherwise I can't send you a new invoice. Don't panic, I will get to ASAP.

T can take up to 14 days to get back East. All others please contact me.

This book is very old and. May have accumulated bad smells along the way [musty basement/ mildew/ smoke]. Dryer sheets in them for a few months makes a world of difference! My nose doesn't work like it use to. So the old book smell doesn't bother me.

As far as I can tell -this book does not smell bad. The item "RARE NEGRO SOLDIERS REVOLUTION WAR 1812 CIVIL WAR BLACK AMERICANA SOLD $499" is in sale since Tuesday, July 7, 2020. This item is in the category "Collectibles\Militaria\Civil War (1861-65)\Books". The seller is "craminn" and is located in Sherwood, Oregon. This item can be shipped to United States.