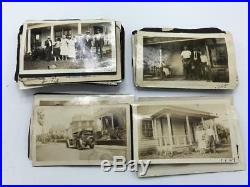 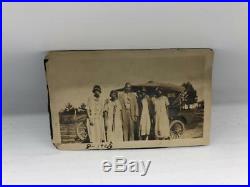 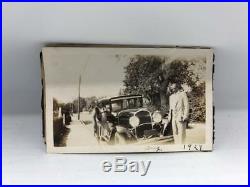 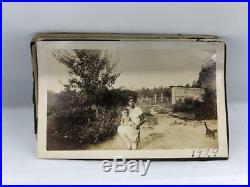 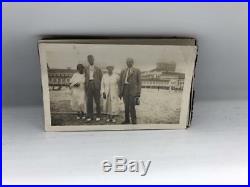 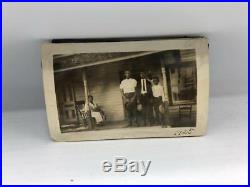 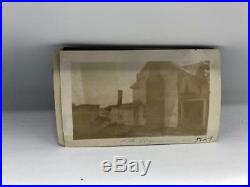 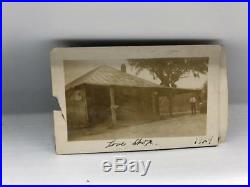 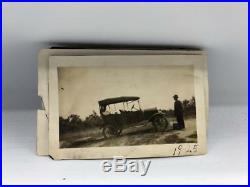 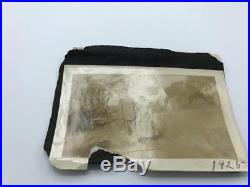 Lot of 46 Photos Wealthy African American Family Pennsylvia Car Farm. Collection of Photographs of a Wealthy Pennsylvania African American Farming and Car Owning Family. A collection of 46 images, each measuring 5 x 3. The photos are attached to black album paper, many affixed on either side of the paper, indicated that they were removed from the same album. Several houses and buildings are identified, i.

"Ma's House", "old house", "stable" and "shop". The family was middle or upper class, owning a car which appears in several photos. One of the family members was a uniformed serviceman. They took obvious pride in their car, posing in front of it; they are also shown posing at a watermelon party, and on the porch of one of their houses, which appears to be in a rural setting and included a stable, fields, and a pen with pigs or other animals. Another one of the houses is quite large and appears in a suburban setting.

One of the images was processed by a Philadelphia photo studio, and the car has a Pennsylvania license plate--the family likely lived in the Philadelphia suburbs, which is where we are told they were first acquired. Some images faded, a handful are chipped. Generally in good condition or better. Get Supersized Images & Free Image Hosting. Create your brand with Auctiva's.

Attention Sellers - Get Templates Image Hosting, Scheduling at Auctiva. The item "Lot of 46 Photos Wealthy African American Family Pennsylvia Car Farm 1930" is in sale since Saturday, December 15, 2018. This item is in the category "Collectibles\Cultures & Ethnicities\Black Americana\Photos".

The seller is "jarmac17" and is located in Ardsley, New York. This item can be shipped worldwide.