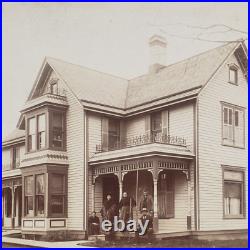 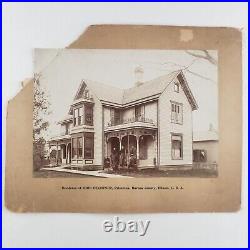 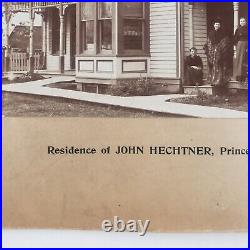 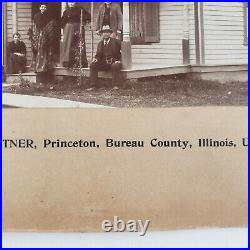 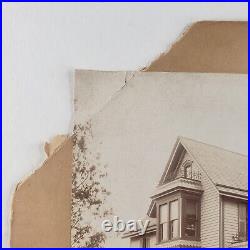 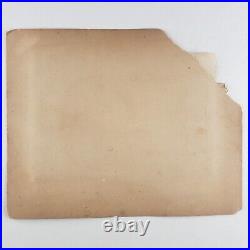 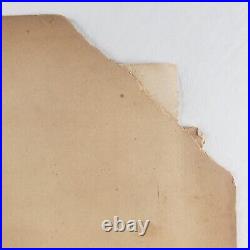 Residence of John Hechtner, Princeton, Bureau County, Illinois, U. According to "History of Bureau County, Illinois" by H. Bradsby, John Hechtner, Bureau, was born in Prussia, February 26, 1836. He is a shoe-maker by trade, and worked at that for four years in the old country. In 1854 he came to America, and settled in Princeton, where he worked at his trade for two years. He then went on to the prairie in Bureau Township, which was then unimproved. His home farm now consists of 400 acres in Sections 36 and 25, but in the township he owns 850 acres.

Until he was twenty years old he knew nothing of farming, and began by splitting rails and cutting cord-wood, but he has been one of the most successful farmers in the township. He is the son of Godfrey and Mary (Kittendorf) Hechtner. His father was a shoe-maker, and came to Princeton in 1854.

Hechtner lost everything by fire December 21, 1859. They saved nothing, only escaping with their lives. In May, 1878, he lefft home on account of ill health, and spent the summer on the European Continent, visiting Switzerland, Prussia, and the Paris Exposition. In politics he has been a Democrat since his first vote, which was for James Buchanan. In 1885 he represented his township on the Board of Supervisors.

Measures about 8 x 10 inches. All of my items are protected in archival sleeves and packaged in rigged cardboard. This item is in the category "Collectibles\Photographic Images\Photographs". The seller is "calamityphoto" and is located in this country: US. This item can be shipped worldwide.