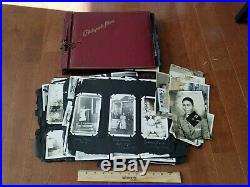 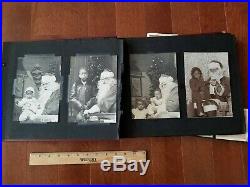 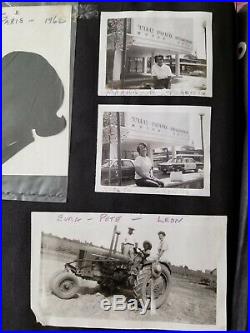 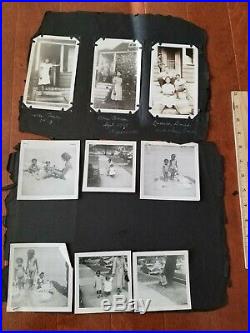 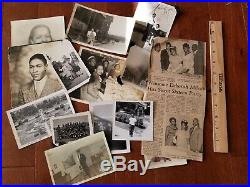 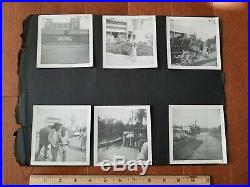 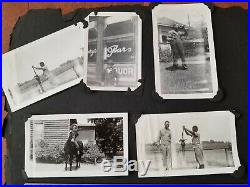 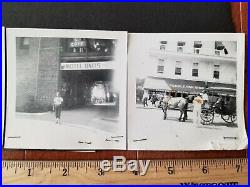 SCROLL DOWN FOR ADDITIONAL IMAGES. Massive amount of photos that chronicles a black family from 1930 to about 1969. Appears family at some point lived in Michigan and looks like Detroit area.

It appears there were probably two photo albums but one is missing the covers and all pages loose. Other has covers but covers badly damaged and many pages loose. Black paper pages show extensive chipping and are brittle but 95% of the photos are in good shape.

Also, some photos that have come loose and have notations and dates on back. The one album with the cover has about 258 photos in it.

The loose pages have about 218 photos with about 30 being loose off the pages. On some pages there are photos missing which are likely some of the loose ones. The album has a lot of family type pictures but there are some really neat candid photos of everyday life such as. A few larger photos of a young black boy with Santa Claus 1950s. A few photos of likely the same boy in boy scouts.

About 18 photos of a trip to Disneyland in the 1950s. Appears one of the boys in the family was in the army in 1958 to 1960 timeframe including some photos of him being stationed in Germany and a few pictures of Paris. Various vacationing photos swimming, being outdoors.

There are some newspaper articles also regarding the family. Would be great material to research the family. Once again scrapbook pages are rough but 95% of photos are undamaged. Photos are representative of album. Wish I could show all the picture but just too many as nearly 500 photos. This really is a treasure trove of everyday African American life. Please see my other auctions. The item "1930 -1968 African American Black Family Photo Album Detroit Michigan 476 Photos" is in sale since Monday, August 12, 2019. This item is in the category "Collectibles\Cultures & Ethnicities\Black Americana\Photos".