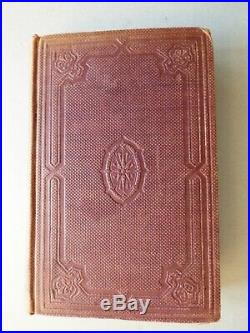 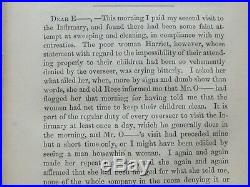 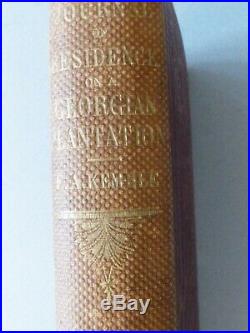 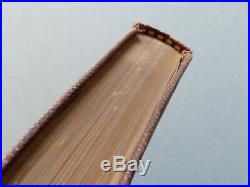 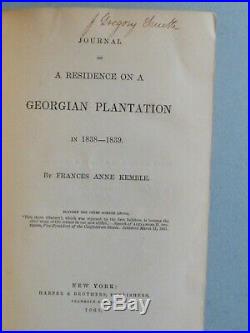 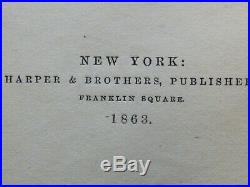 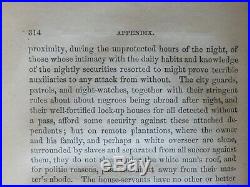 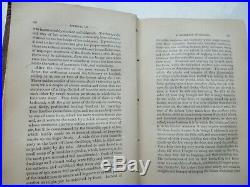 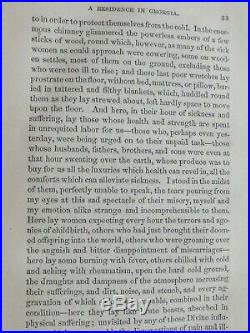 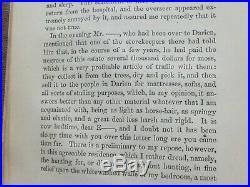 Some images have been added above for you to examine the contents and condition of the book. Bibliographic Information: Howes K-70; Sabin 37329; Willingham/Harwell Georgiana 54: Bitter, but important book, published as pro-northern propaganda. A small fraction of those obligations amounted to the quarterly payments, Pierce Butler was required to pay to his then-estranged ex-wife Frances Anne Kemble, as part of their divorce agreement 10 years prior. In one of the many ironies, Fanny Kemble, as she was called, was an avowed and outspoken abolitionist and had made much of the fact during the time she was married to Pierce Butler. This difference was a constant source of contention throughout their tumultuous 15-year marriage and ultimately contributed to its dissolution.

At the time they were wed in 1834, Fanny claimed she knew nothing of how the Butler wealth was acquired, but it soon became apparent after a trip to visit the plantations in 1838-39 what the true nature of the Butler inheritance was. Fanny Kemble was a revered Shakespearean actress from London on tour when she met Butler in Philadelphia. Kemble was, by all accounts, a strong-willed and independently minded woman of her own making, tendencies Butler aimed to tame. Nevertheless, they were married two years after Butler's unremitting courtship and Kemble reestablished herself in America. Once Kemble found out about Butler's Georgia plantations, she begged him to take her down to witness firsthand what she had previously only heard and read about in her native England.

Despite his better judgement, Butler brought Kemble with him in late 1838 to visit the plantations and what Kemble found was every bit as callous and horrible as she had imagined. Kemble's journals were not published until 1863in the middle of America's Civil Wardue to custody issues with Butler over their two daughters. Butler had forbade the publication of the journals during their marriage, but once their daughters were of age Kemble felt free to let her account of that time be known to the world. Her journals ended up playing a significant role in the anti-slavery debate raging at the time.

The item "1863 / JOURNAL / SLAVERY ON A GEORGIAN PLANTATION / BRUTAL DESCRIPTIONS" is in sale since Sunday, June 21, 2020. This item is in the category "Books\Antiquarian & Collectible". The seller is "forest_hills_books" and is located in Forest Hills, New York.