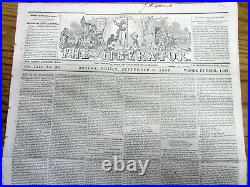 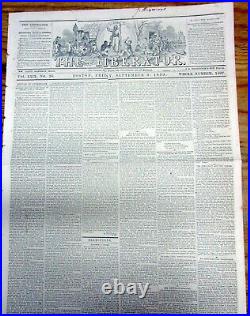 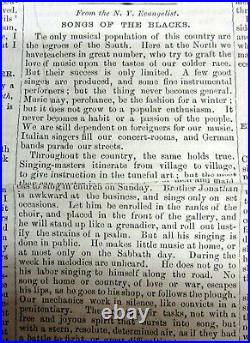 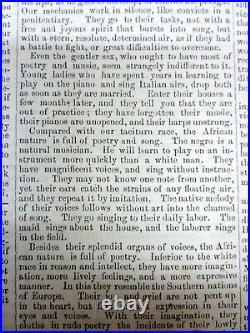 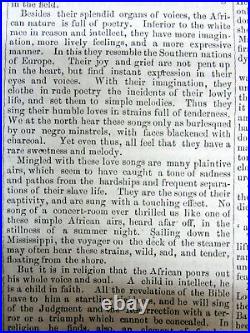 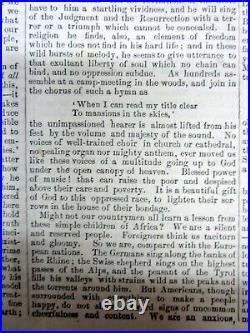 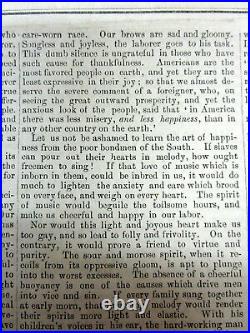 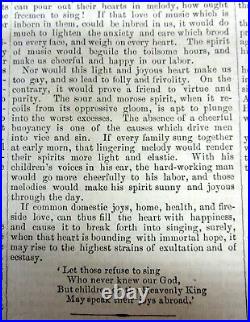 Fantastic display item for anyone interested in the early history of AFRICAN-AMERICAN MUSIC! African-American music is an umbrella term covering a diverse range of music and musical genres largely developed by African Americans. Their origins are in musical forms that arose out of the historical condition of slavery that characterized the lives of African Americans prior to the American Civil War.

Following the Civil War, black Americans, through employment as musicians playing European music in military bands, developed a new style of music called ragtime which gradually evolved into jazz. In developing this latter musical form, African Americans contributed knowledge of the sophisticated polyrhythmic structure of the dance and folk music of peoples across western and sub-Saharan Africa. These musical forms had a wide-ranging influence on the development of music within the United States and around the world during the 20th century. The modern genres of blues and ragtime were developed during the late 19th century by fusing West African vocalizations which employed the natural harmonic series, and blue notes. The earliest jazz and blues recordings were made in the 1920s.

African-American musicians developed related styles such as rhythm and blues in the 1940s. In the 1960s, soul performers had a major influence on white US and UK singers. In the mid-1960s, Black musicians developed funk and they were many of the leading figures in late 1960s and 1970s genre of jazz-rock fusion.

In the 1970s and 1980s, Black artists developed hip-hop, and in the 1980s introduced the disco-infused dance style known as house music. Much of today's genres of music is heavily influenced by traditional African-American music.

This listing includes the complete entire original newspaper, NOT just a clipping or a page of it. Every item we sell is an original newspaper printed on the date indicated at the beginning of its description. This is truly SIX CENTURIES OF HISTORY that YOU CAN OWN!

Goldman is a consultant to the Freedom Forum Newseum and a member of the American Antiquarian Society. Let our 50+ years of experience work for YOU! We have hundreds of thousands of historical newspapers (and their very early precursors) for sale.

We are located in the charming Maryland Eastern Shore town of OXFORD, Maryland. With an inventory of nearly a million historical newspapers (and their early precursors) we are likely have just the one YOU are searching for. WE ARE ALSO ACTIVE BUYERS OF HISTORICAL NEWSPAPERS, including large and small personal collections, bound volumes, significant individual issues, or deaccessions from libraries and historical societies.

Powered by SixBit's eCommerce Solution. The item "1859 anti-slavery newspaper w long VERY EARLY HISTORY of AFRICAN-AMERICAN MUSIC" is in sale since Thursday, December 17, 2020. This item is in the category "Collectibles\Paper\Newspapers\Pre-1900". The seller is "qrst" and is located in Oxford, Maryland.