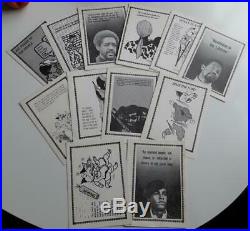 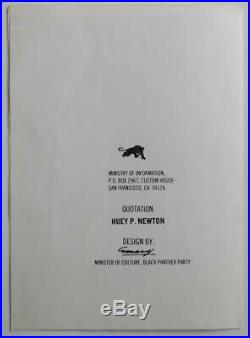 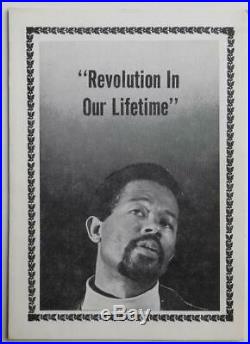 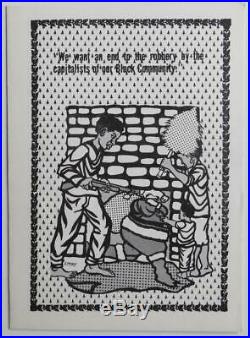 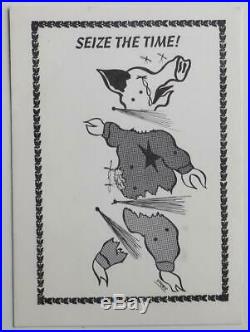 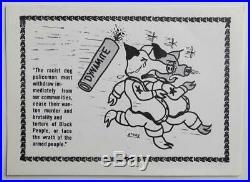 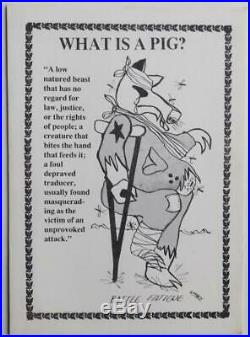 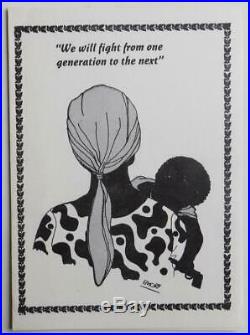 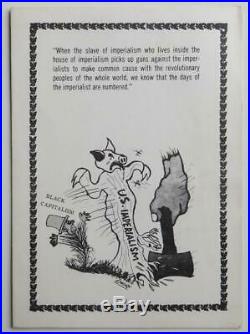 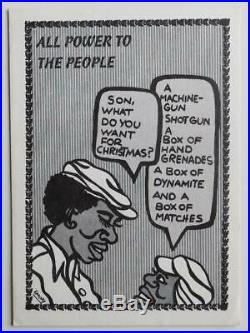 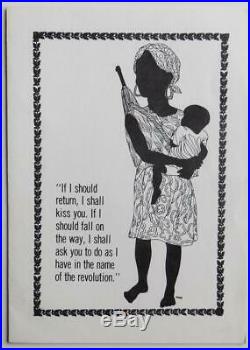 See all Images in text body. An amazing and impossible to find group of Douglas Emory. The cards in very good slightly toned condition. From the collection of an old San Francisco Radical who has preserved them all these years. Each measures 5 x 7 inches and open up just like greeting cards.

Although this powerful artwork speaks for itself I have below copied pertinent information about this important artist. Please write with any questions. ALL MY ITEMS ARE GUARANTEED ORIGINAL FROM THE DATE LISTED IN THE TITLE OR IN THE DESCRIPTION. (born May 24, 1943) worked as the Minister of Culture for the.

From 1967 until the Party disbanded in the 1980s. His graphic art was featured in most issues of the newspaper. (which had a peak circulation of 139,000 per week in 1970). As the art director, designer, and main illustrator for. Newspaper, Douglas created images that became icons, representing black American struggles during the 1960s and 1970s.

Douglas was the most prolific and persistent graphic agitator in the American Black Power movements. Douglas profoundly understood the power of images in communicating ideas...

Conceptually, Douglas's images served two purposes: first, illustrating conditions that made revolution seem necessary; and second, constructing a visual mythology of power for people who felt powerless and victimized. Most popular media represents middle to upper-class people as normal. Douglas was the Norman Rockwell of the ghetto, concentrating on the poor and oppressed. Departing from the WPA/social realist style of portraying poor people, which can be perceived as voyeuristic and patronizing, Douglas's energetic drawings showed respect and affection. He maintained poor people's dignity while graphically illustrating harsh situations.

All items are Absolutely Original, None are reproductions. Most are generally in fine condition with exceptions noted. Get Supersized Images & Free Image Hosting. Attention Sellers - Get Templates Image Hosting, Scheduling at Auctiva.

The seller is "manaru" and is located in Eureka, California. This item can be shipped to United States.